First some sad news. I've just learnt that Greg Trooper who I featured last week died on Sunday at the ridiculously young age of 61.
I saw him play once in Glasgow and he was very good. A sad loss.

No, the band pictured above are apparently post- punk and are from Leeds. They are Delta 5 and Now That You're Gone was part of a double A single from 1979 along with Mind Your Own Business .They only lasted as far as 1981. 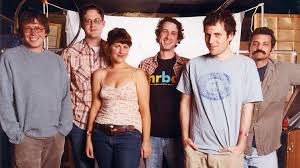 I thought that Mendoza Line had appeared before but I was wrong there. Originally from Athens Georgia they ended up in Brooklyn and may or may not be Americana. Their name is derived from a baseball term.
For all things baseball can I refer you to Brian our resident baseball expert. 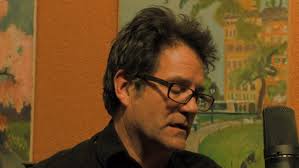 Jeff Finlin is definitely Americana. He has not featured before despite his album Original Fin being on the shelves.Sugar Blue is not from that album but from Life After Death.
I saw him support someone at King Tuts but I can't remember who.