I am Brian Wilson 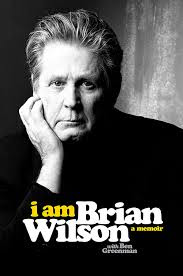 Well actually I am not, I am in fact Charity Chic
I got I am Brian Wilson - the genius behind the Beach Boys out of the library recently.
I must admit I was a tad disappointed. It is ghost written by Ben Greenman and it shows.
This  review by the Grauniad is probably pretty accurate.
I recently saw the excellent biopic Love and Mercy, endorsed by Brian,  and feel that the book doesn't tell me much I don't already know.
It may have been different had I not seen the film.
It focusses bravely on his mental illness and also on the negative influences in his life namely his father and Dr Eugene Landy
Fortunately he appears to have come out the other end and is in a better place than he has been for a while.
It also touches on conflict with other members of the band especially his cousin  Mike Love which I suppose is where his book steps in.

Reading this gives me an opportunity to feature the 12 inch single Love and Mercy which I picked up from the bargain bin in the record shop in Dunbar.
From 1998 it unfortunately  is not that good. Mainly, I suspect because he was probably medicated to the eye balls given that the Executive Producer is Dr Eugene Landy.

Brian Wilson - One For The Boys

Brian Wilson - He Couldn't Get His Poor Old Body to Move
Posted by Charity Chic at 08:00