Dylan Covered - Man Gave Names To All The Animals 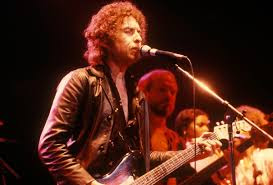 Another unanimous victory last week for Bob although there was a lot of love out there for Robyn Hitchcock.
The scores on the doors are now Bob 2 Cover Artists 1.
The Swede took me gently to task last week for pitching two of all all time heroes in direct competition.
Well I'm going to do the same to myself this week as the cover artist is the late great Townes Van Zandt.

The selected song is Man Gave Names to all the Animals from Bob Dylan's 19th studio album and his first as a born again Christian 1979's Slow Train Coming.
As part of my research I played it for the first time in ages and thoroughly enjoyed it,

Somewhat controversially I am giving my vote to Townes this week despite the rather abrupt ending..Others may choose to disagree

Keep your animals save from fireworks tonight

Bob Dylan - Man Gave Names to all the Animals

Townes Van Zandt - Man Gave Names to all the Animals
Posted by Charity Chic at 08:00