Mellow as Opposed to Thrashy 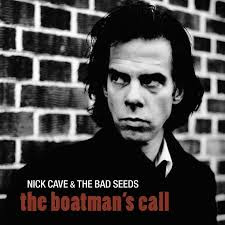 There are only 4 Nick Cave albums on the shelves (there clearly should be more)  The Boatman's Call and Abattoir Blues/The Lyre of Orpheus acquired by Mrs CC and The Best of and Let Love In acquired by yours truly.

The Boatman's Call is very much at the mellow end of the spectrum.. Whereas the music is mellow, the lyrics are not always so
I make no apologies for featuring the two best known songs on the album.

Nick Cave & the Bad Seeds - Into My Arms