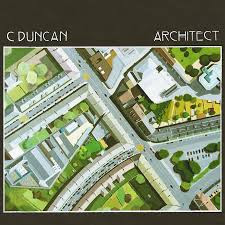 I have a rule of thumb that states that it is ok for me to feature  a relatively new album if the artist has subsequently released a newer one.
Therefore given that C Duncan has recently released The Midnight Sun I figure I can feature a couple of songs from his 2015 debut Architect.
Famously written, performed , recorded and produced in his Glasgow flat for something like 50 quid and one of the nominations for the 2015 Mercury Music prize (losing out to Benjamin Clemintine's At least For Now)
C stands for Christopher and he is the son of two classical musicians.
Now pop off and get both his albums if you haven't already done so. You won't regret it.

C Duncan - He Believes in Miracles