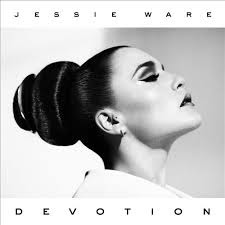 Two or three years ago I went through a very brief phase of exploring new soul music by predominantly female artists
I dabbled with the likes of Lianne La Havas, Delilah , Josephine and Laura Mvula to name but four.
Another one was Jessie Ware and I got her 2012 debut album Devotion via the library.
Pleasant enough but nothing startling.
I liked it well enough to burn it and probably played it a couple of times.
Hadn't played it for ages until I  dusted it down this week with a view to featuring it.
I quite enjoyed it particularly these two tracks