Dylan Covered - Every Grain of Sand 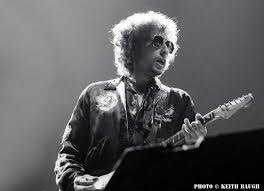 Apologies for the poor fayre I served up last week. The Swede pretty accurately described it as a no score draw. There has to be a winner I'm afraid and Townes narrowly won the penalty shoot out
That makes in Bob 2 Cover Artists 2
I'm debating whether to make it first to 5 or first to 10 the winner. I think I could just about rustle up 19 songs if necessary
To make up for last week this week you are getting two absolute crackers.
Every Grain of Sand was the best thing on Bob's 1981 album Shot of Love. But is it as good as the version by Emmylou Harris on the masterpiece that is Wrecking Ball?
Not for me I'm afraid.
So Emmylou is this week's winner.
As always others may choose to disagree

Bob Dylan - Every Grain of Sand

Emmylou Harris - Every Grain of Sand
Posted by Charity Chic at 08:00