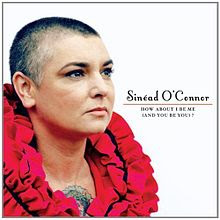 Posting Tom Waits Heartattack and Vine yesterday had me scouring the shelves for How About I Be Me (And You Be You)? the 2012 album by Sinead O'Connor and the first track 4th and Vine which is a terrific pop song.
Despite her well documented troubles she is a fantastic singer and songwriter and there are some other belters on the album including The Wolf is Getting Married. She also does a good version of John Grant's Queen of Denmark
Here's hoping that she conquers her demons sooner rather than later.

Sinead O'Connor - The Wolf is Getting Married
Posted by Charity Chic at 08:00