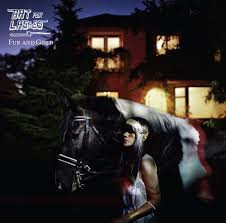 Picked up my first post-holiday purchase at the weekend with the acquisition of Fur and Gold the 2007 debut album of Bat for Lashes.
And pretty good it is to for 49p. Nominated for the 2007 Mercury prize but lost out to the Klaxons (anyone remember them?)
It did however pick up the Vanguard Award from the American Society of Composers,Authors and Publishers - ASCAP to you and me.
Bat for Lashes is of course a nom de plume for London lass Natasha Khan.
Could be a Pseudonym Series in there somewhere