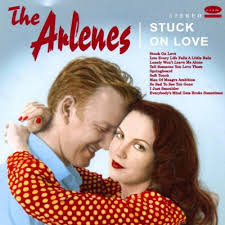 Back to the mellow stuff today with this week's slice of Americana courtesy of British Americana band The Arlenes consisting of husband and wife Big Steve and Stephanie Arlene
I have long been an admirer of the song Lonely Won't Leave me Alone which I first encountered on a Loose compilation.
I recently got round to picking up the 2002 album Stuck on Love from whence it came for literally a few pennies plus postage.
I was surprised that the majority of the lead vocals on the album are from Big Steve when Stephanie clearly has a far better voice.
And here's the proof

The Arlenes - Lonely Won't Leave Me Alone
Posted by Charity Chic at 08:00