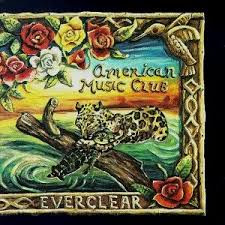 American Music Club were one of those bands often mention in dispatches in the places and pages where I dabbled.
So I thought I should make it my business to acquire some of their music to see what all the fuss was about.
1991's Everclear seemed to  be the place to start given that Rolling Stone named it as one of the top 5 albums of 1991 and named their notoriously stroppy singer Mark Eitzel as their songwriter of the year.

I was distinctly underwhelmed on the first listen and indeed on the admittedly pretty rare subsequent listens.
I have a Mark Eitzel solo album which falls into the same category.
There well be some of you out there who see things differently

American Music Club - What The Pillar of Salt Said
Posted by Charity Chic at 08:00