Most of the Time 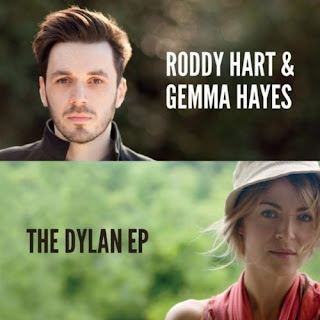 I am familiar with Most of the Time thanks to a beautiful version by Roddy Hart and Gemma Hayes. It puts me in mind of Jesse Sykes and the Sweet Hereafter
I knew it was a Bob Dylan song as it is from their The Dylan EP.
However I was not familiar with Bob's version probably as it is from his 1989 album Oh Mercy which I have never knowingly listened to.
I am of course familiar with his version of the other song I have chosen to feature from the EP.

A bit of a Celtic combination with Roddy from Scotland and Gemma from Ireland.
Both have previously featured on these pages in their own right

Roddy Hart & Gemma Hayes - Most of the Time

Roddy Hart & Gemma Hayes -It's All Over Now, Baby Blue
Posted by Charity Chic at 08:00