The Genie is Out The Bottle 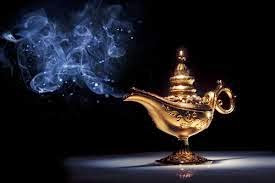 It is General Election Day here in Britain today.

For the first time in my life I will not be voting Labour at a General Election
The reason? They have done nothing to earn my vote. They have offered little resistance to such things as NHS privatisation, the bedroom tax and other austerity measures, and are in favour of spending billions to replace Trident.
They have totally patronised the Scottish people with the sole argument of vote Labour or the Tories will get in without promising any significant changes. The same scare tactics as the referendum.
The only argument Millo came up with the other day is vote Labour because it is the party of Keir Hardie. Donald Dewar and John Smith ie vote Labour because your parents and grandparents voted Labour.

They have become lazy and arrogant -witness the long serving dinosaur MPs who do hee haw and the morally bankrupt Councillors who look out for their friends and families.
Getting into bed with the Tories in Better Together wasn't the cleverest idea either.
The world has moved on, it is a pity they haven't.

Here are two songs from the days when there was actually a difference between Labour and the Tories. Nowadays you would be hard pushed to get a fag paper between them.

Billy Bragg -Which Side Are You On

Tom Robinson Band -Better Decide Which Side You're On
Posted by Charity Chic at 08:00