A Wee Bit of Rosie 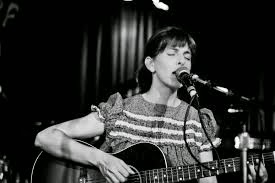 I'm not quite sure how Rosie Thomas came to my attention - via  the blogosphere I suspect.
Up until this post I knew relatively little about her other than I have her 2003 album on Sub Pop Only With Laughter Can You Win
It seems that this is the second of seven albums that she has released mostly on Sub Pop.
She also apparently performs as a stand up comedian as a character called Sheila Saputo an accident prone pizza delivery person
I'm afraid that's pretty much all I know other than that these two songs are pretty good

A Wee Bit of Rosie then as opposed to A Whole Lot ...