You Can't Fool The Children of the Revolution 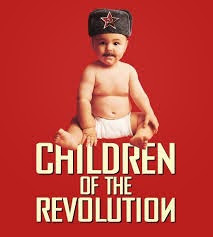 Another recent purchase is Electric Landlady the third studio album from the late great Kirsty MacColl from 1991.
Produced by her then husband Steve Lillywhite the two songs I have featured were co-written by Kirsty and a certain Johnny Marr. I wonder what became of him.
Walking Down Madison was apparently written with Alison Moyet in mind. Maybe it is just me but I remember the song but can't for the life of me remember it featuring the rap by Aniff Cousins.

I read that the album name originated from Kirsty's discovery that it was the name that was accidentally written on some early pressings of Jimi Hendrick's Electric Ladyland.

Kirsty MacColl - Children of the Revolution