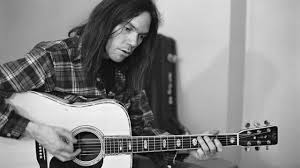 This week's selection Long May You Run a Mojo compilation from March 2009 does not feature the great man himself but rather 15 Tracks in the Key of Neil
Pretty much all the songs as the picture above may suggest are on the acoustic side  featuring Americana artists which suits me just fine.

First up is Todd Snider with his version of John Fogerty's Fortunate Son
He also does this song which is one of Mrs CC and I's favourites  whenever we go for a B, double E, double R, U, N Beer Run.

Todd is followed by Damien Jurado with Best Dress. I saw him many years ago and have his excellent album Rehearsals for Departure which will feature in the future,

Finally we have Alela Diane Menig with Every Path. I bought an Alana Davis album in Dingwall thinking she was Alela Diane but it worked out alright in the end

Alela Diane - Every Path
Posted by Charity Chic at 08:00