Give Out But Don't Give Up 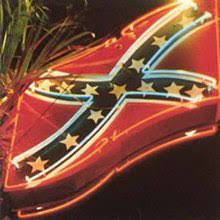 As part of what is loosely called research I did a search for previous Primal Scream posts and it seems that I have picked up some stuff  by them in 2019 and 2020. Nothing in 2021 with Give Out But Don't Give Up just sneaking in under the wire for 2022.

From 1994 and on the Creation label it is one that is not uncommon in charity shops but I have never had the urge to pick it up before. I suspect the reason that I went for it this time round was down to having just read Tenament Kid, the autobiography of Bobby Gillespie.

Another reason that I have not bothered with it before is that the brilliant The Original Memphis Recordings from 2018 which I have featured here before is on the vinyl shelves.

You can't improve on perfection but I quite enjoyed it. Most of you will be familiar with it and the fact that it is a fairly radical shift from it's predecessor Screamadelica with its country rock and blues feel. It is also good to see the late great Denise Johnson get a mention as part of The Scream Gang as opposed to being airbrushed out which seems to have been the case in 2018 when she does not get a mention in the documentary or the booklet accompanying the album.

Primal Scream - Call On Me