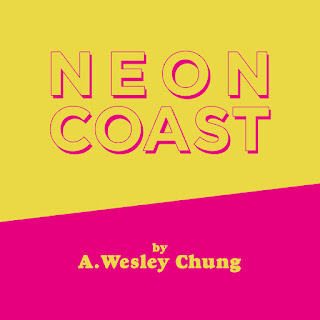 That's the backlog of  charity shop purchases finally cleared. It looks unlikely that I will hit the ton for 2022 but you just never know.

What is does however is that it gives me a chance to concentrate on some other stuff. On the latest Bandcamp Friday I purchased a download  of Portents the latest album by Californian but now Glasgow based singer songwriter A Wesley Chung  which was released on Storm Chasers Ltd.

He first came to my attention in 2018 with the release of his album Neon Coast. A brief bio courtesy of Sofarsounds.com tells us that he is  an American songwriter/musician based in Glasgow, Scotland.He is previously known for his indie/folk bands The Great Albatross and Boris Smile, while his upcoming solo material ventures deeper intp alt.country and the sounds of his native California. In other words right up my street.

I'm not familiar with his previous bands and some further exploration is clearly required.

As Portents is brand new here are a couple from Neon Coast for your listening pleasure.If you like what you hear, and let's face it you would be foolish not to, pop across to Bandcamp and chuck a couple of quid in his direction.