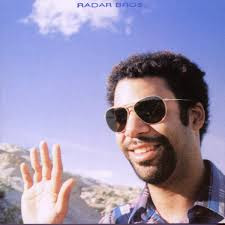 The Missing Records Haul - Radar Brothers - The Singing Hatchet
Radar Brothers a Los Angeles Indie Rock band who record in the UK on Chemikal Underground  first crossed my radar (do you see what I did there?) last year when I took a punt and picked up their third album And the Surrounding Mountains from a charity shop in Muir of Ord
It is a terrific record and so it was an absolute no-brainer to spend a pound on acquiring The Singing Hatchet their second album from 1999.
AllMusic describe them as delivering  quietly quixotic, psychedelically rootsy songs, which roll along like tumbleweeds: shambling and seemingly fragile, yet surprisingly strong. and also state that the album is a shabbily majestic, subtly accomplished work

Radar Brothers - To Be Free Again