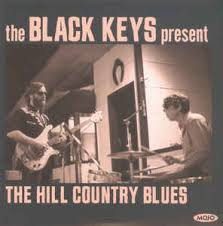 Holidays are the only times these days that I ever buy Uncut or Mojo. Given the price I try to be discerning and only buy one or the other if the CD looks interesting. This one  from Mojo was an absolute no brainer.
The Black Keys have just gone back to their Hill Country Roots with their most recent album Delta Kream. The associated article and CD pay tribute to some of their heroes such as R L Burnside, T-Model Ford , Junior Kimbrough and others from labels such as Fat Possum. The stories about the lives these artists, who were often discovered in their later years led are absolutely fascinating  highlighting abject povery and can also be downright scary. Guns, knifes and prison are seldom far away.
The Black Keys owe a debt to these artists who they have sometimes collaborated with. So much so in face that on Delta Kream Dan Auerbach and Partick Carney are joined by Kimborough's former bassist Eric Deaton  and Burnside's guitarist Kenny Brown.
15 tracks including two by the Black Keys themselves. In truth any of them would grace these pages.
Tremendous stuff.
R.L.Burnside & the Sound Machine - Going Away, Baby
T-Model Ford - Cut You Loose
Jessie Rae Hemphill -Go Back to Your Used to Be
Posted by Charity Chic at 08:00