Second Is Better Than First. Part 10. 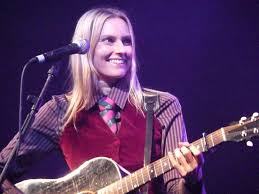 A complaint has been received about the quality and genre of some of the albums featured here. So in a pathetic attempt to get myself into his good books today features two albums I think will meet with CC’s approval.

Many many years ago, over 25 years ago, I remember seeing posters for an Aimee Mann concert, at the venue a mile or so along the road  from where I lived. I was not at that time familiar with her work so never went, and I suspect I went to The Free Trade instead and gave the jukebox a few 50ps.

The first of her albums I heard was the second, a great indie-pop record. And after playing it to death I got the first one, “Whatever”, which cost me £5.99 from Polar Bear Records. “I’m with Stupid” also cost £5.99, brand new.

The first 6 tracks of “Whatever” are great pop songs, and for that reason alone every collection should have this album. That’s not to say the rest of the album is just filler, oh no, the songs are very good, but they suffer in comparison to those 6. If you’ve got a spare 52 minutes at work, just play it, you’ll feel all the better for it, and it’ll be time better spent than counting the paper clips.

Aimee Mann - Put me on top 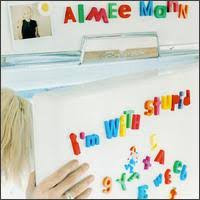 The follow-up starts slower, the songs getting that little bit better as the album proceeds. Overall, it has a slightly harder musical edge, and the songs on the whole are less sparky and upbeat, but they have the same rather wistful sentiment, and the music suits the lyrics better than the predecessor. It also struck me that the sequencing was better, here’s the final track:

Aimee Mann - It's not safe

It’s a quality album, and again it should be on your shelves. My copy of the album has a sticker profoundly proclaiming that it features Michael Penn and Juliana Hatfield. I had to resort to the internet to discover who Michael Penn was. The same sticker overlooked the fact that Glenn Tilbrook and Bernard Butler grace the album.

There are a plethora of Aimee Mann cds on the shelves, all very very fine albums. With the exception of The Forgotten Arm.So that’s a great 105 minutes I’ve spent today listening to two very fine albums, on this sunny morning, before going over to the river beach for lunch and swimming.

“I’m With Stupid”: Second Is Better Than First, although some may disagree

That's you back in the good books George. I have four Aimee Mann albums including Whatever.