Second is Better than First. Part 7. 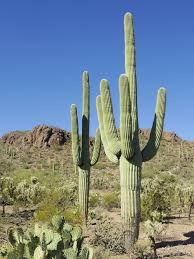 George writes:
I was wondering how I could communicate the first two albums of Furgone di Piufiglio without incurring the wrath of the takedown squad. But it turns out that the tedious Astral Weeks is his second release. Instead I will turn my attention to the makers of the at-times My Favourite Album Of All Time. Like many albums I have written about and will write about, the albums today were purchased out of sequence, the first Calexico album I bought was Hot Rail. I suspect that the (at-times) MFAOAT was the second one of theirs I acquired. Then that well-known Collector Syndrome kicked in and The Black Light and Spoke were purchased (the latter from Reveal Records in Derby, who labelled it a bargain at £9). 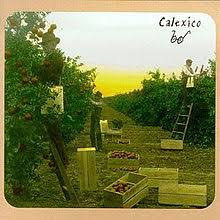 Spoke is a perfectly fine album, plenty of good tracks on it. There’s a range of musical styles, “Scout”, for example, is a twangy-surfy instrumental, “Navy Cut” is very much an americana track, as is “Point Vicente”, there’s some of that mariachi/latin influences in some tracks (“Mazurka”), and interspersed are some brief ambient instrumentals. And here’s the album stand-out wistful americana track:
Calexico - Removed 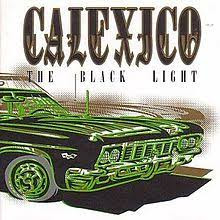 The Black Light is a more musically consistent album than Spoke, the songs all have that mexican-latin feel that is associated with the band (although the piano in “Chach” does veer into Aladdin Sane territory). There’s plenty of steel guitar on this album, as can be heard on here:
Calexico - Missing

And there’s this mariachi track (that reminds of the theme tune to The High Chaparral - I wonder if Calexico were fans, there is the Arizona connection.)
Calexico - Minas de cobre (for better metal)

This album is one of those that, a few tracks in, you realise is better than the sum of its parts, it just seems to get better as you are listening to it. Of course, they have done better albums, and they have also done worse. And Spoke is by no means a “why oh why did I buy this” album, but The Black Light is one of those Second Is Better Than First albums.

Now that’s more like it!
The Black Light also has the better cover