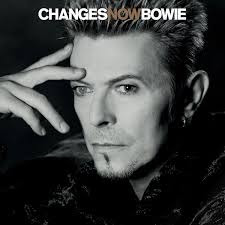 ChangesNowBowie was recorded in 1996 on the run up to Bowie's 50th Birthday Concert at Madison Square Garden and featured on the BBC along with an interview and a number of tributes on his birthday on 8th January 1997 and only recently released as part of this year's Record Shop Day.
Only nine mostly acoustic tracks on which he is joined by Gail Ann Dorsey (bass/vocals), Reeves Gabrel (guitars/vocals) and Mark Plati (keyboards and Programming).

David Bowie - The Man Who Sold The World (ChangesNowBowie)