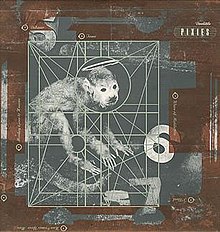 The first of a short pre-holiday charity haul.

I know what you're thinking and you are quite correct - what in God's name has taken him so long to get around to aquiring a copy of Doolittle ?

The reason is probably because the first album of theirs that I aquired was the compilation Death to the Pixies which includes the six best known songs from the album. A poor excuse I know given that there are a further nine tracks that I previously didn't have.

I was also down a fairly sizeable Americana rsbbit hole at the time of it's release.

Their second album from April 1989 on 4AD it is highly rated and along with Surfer Rosa is regarded as their best work.I don't have Surfer Rosa either! Up until now the only other Pixies album I had in addition to the compilation was Trompe La Monde. Somewhere in South Wales the Robster will slowly  be shaking his head

I know, I know I really should have these three plus Bossanova