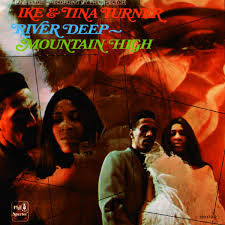 Yes - it is Monday and we are back with another compare and contrast series .

This time round it is rivers versus mountains. I think I have enough material to make it the first to 10 the winner again. If I'm struggling I am sure that some of you will be able to help me out. There are plenty out there to choose from particularly on the river front

Two fairly obvious ones to start us off. The title tracks from two great albums.

From 1980 The River was Bruce Sprinsteen's fifth studio album and his only double album. The River is Side 2 Track 6. Being somewhat lazy rather than rip the vinyl I've gone for the easy option and ripped it from the Essential Bruce Springsteen CD.

From 1999 The Mountain is the only album by Steve Earle and the Del McCoury Band. Steve is not averse to a blugrass song or two but this is his first full bluegrass album. Made as a tribute to Bill Monroe the founder of bluegrass music who died in 1996