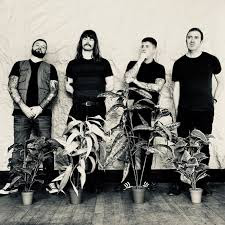 Recently I was listening to Long Division:New Addition Vol 1 which is a compilation album of songs by artists who performed at the Long Division Festival in Wakefield in 2019.

It came my way in a bundle from Last Night From Glasgow. One of their stable Broken Chanter appears on the record. The only other act whose name I recognised was Alessi's Arc.

However the song which jumped out and grabbed me was No Man's Land by Imperial Wax. which is an absolutely splendid racket I went on line to investigate them further and found something rather interesting:

Imperial Wax comprise of the last and longest serving members of The Fall.

As an added bonus I'm throwing in another some called No Man's Land which many of you will be familiar with.