Grease is the Word 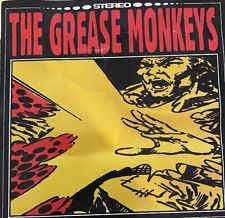 I've had Grease Blast!!! a 2002 CD by The Grease Monkeys on Bronx Cheers Records  for years and have probably only played it twice if that

I can remember where I bought it after a few beers. It was at King Tuts where they were the support act for someone , possibly Th' Legendary Shack Shakers. I seem to remember that it cost me a fiver. There are two copies on sale from discogs from £7.99 so it looks as though I got myself a bargain.

Grease is the word

The Grease Monkeys -Shoot 'Em in the Back