Second Is Better Than First. Part 11. 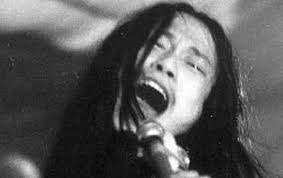 My intention today was to feature an americana/alt-country outfit. Not that this was another attempt to pacify Mr Grumpy, oh no! But having played Odessa followed by Milk & Honey I cannot honestly say that Second Is Better Than First. If anything, it’s the other way around. Which is slightly annoying as I’d written half a page before playing the Handsome Family’s second album, and have had to delete it. Both are eminently playable albums, and both are worth having in your collection, but.they do not meet the single criterion necessary for this series.

So instead, it’s more prog. appreciation…..nope, even better, it’s EXPERIMENTAL ROCK and the band who inspired early 1980s Fall, and that would be Can. Thanks to Rol at HisTopTen for putting me in mind of this lot with his Saturday Snapshots of a few weeks ago.  As if heavy metal and prog rock wasn’t bad enough, here’s what is to some ears unintelligible mindless meandering nonsense from some hairy Germans, an American, and a hairy Japanese bloke. The better of the two albums features the very first Can track I heard, an 18-minute rhythmical epic, with shouting!. Well, the first song that actually registered with me, although I doubt Tony Blackburn and Ed “Stewpot” Stewart played Can on their 1970s Radio One shows. Somewhat criminally, to get a version of Halleluwah onto a b-side, it was edited down to 3 mins 30 seconds. 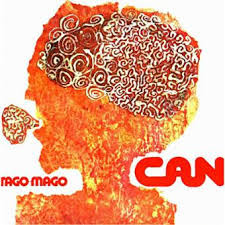 The first album Monster Movie (putting aside any later releases that may have been recorded earlier) also features an epically long song, but You  Doo Right peters out at 8 and a half minutes. By the way, that repeated bass.line is very similar to something else that I can’t quite recall. Minutes 10 to 18 drove Jo to comment “ridiculous, it’s getting on my tits” and off she went to the top of the farm. I then listened to Halleluwah (on the follow-up Tago Mago, do keep up), whilst she was away, almost luxuriating in the repetitive hypnotic rhythm. The other three tracks on Monster Movie are perfectly listenable, elements of psychedelia in there. Here’s the first track, and it could almost belong on Hex Enduction Hour:

With the departure of the american chappie and the arrival of Damo Suzuki the vocals became much more shouty, more unintelligible, and the music more free-form and less psychedelic. Here’s track 3 from the album:

There’s a remarkable similarity to I Am Damo Suzuki.(Come on, who amongst you has not chanting “what have you got in that paper bag? Is it a dose of vitamin c-ee?” at 2mins or so into that song) These days Mark E Smith might have been sued for releasing that track. 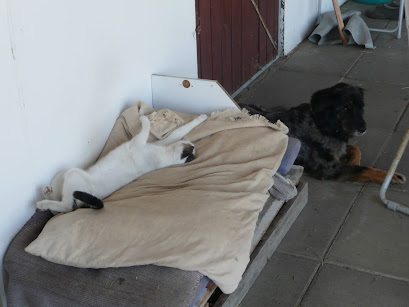 Tago Mago is not without its faults. One problem of owning the cd, and if I’m feeling particularly lazy, I have to sit through all of Peking O. if I want to listen to Bring Me Coffee Or Tea. Which is not very often. I can listen to aumgn, a 17 minute sound-effect-experimenting-in-the-studio piece, sometimes, only sometimes, and this last time I wondered if Papal Visit from Room To Live was some form of homage, or just a space-filler waste of time. But despite that, the first 4 tracks (or sides one and two of the original double album release) are great tracks, and make Tago Mago an album for which the maxim Second Is Better Than First applies. Well maybe it’s not a maxim, although maybe my brother would disagree.

And here, for those of you with a spare 20 minutes at work, is the utterly fantastic  4th track (or the entire side 2) of the album:

Can. Not for the fainthearted. There is a South Korean band of the same name but I cannot source anything by them.

Two members of Radiohead allegedly say that Can (german not south korean) were an early influence. If the members of Can were aware of this they would undoubtedly be most displeased to be associated in any way with the absolute tripe that is Pablo Honey.