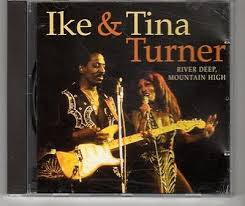 It was nip and tuck all the way last week with Father Mountain by Calexico and Iron & Wine gaining 6 votes to Justin Townes Earle and Harlem River Blues with 5 votes.

I haven't voted before in this or the previous compare and contrast series but on this occasion I am going to vote for Justin to commemorate his passing.This of course makes it a draw so the score remains River 1 Mountain 0

This week it is British crusty folk versus American country rock.

In the River corner we have Rev Hammer , an occassional Leveller, with Down by the River "O" the first song on his debut album Industrial Sounds and Magic on the Cooking Vinyl label. Recorded in a cow shed in Essex on a budget of nothing.

I doubt whether Eagles front man Joe Walsh has ever recorded in an Essex cow shed.Although given he has been out his tree on many occassions I suppose anything is possible. He was certainly on something when he named his second solo album from 1973 The Smoker You Drink ,The Player You Get from which Rocky Mountain Way was also the first song

Rev Hammer - Down by the River "O"