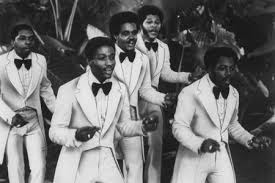 2020 Charity Shop Purchase 37 - The Stylistics - Best Of
It's the Sound of Philly for you this morning courtesy of the Stylistics
I picked up a Best Of from 1975  on the Avco label in reasonable condition for 2 quid.It reached number 1 on the UK album chart three times for nine weeks in total
I'm featuring the two obvious songs you will associate with the band You Make Me Feel Brand New and I'm Stone in Love With You. Number  2  and 9 in the UK singles chart respectively. Their only number I Can't Give You Anything (But My Love) came in July 1975 with the album having been released in February
Both feature the falsetto voice of Russell Thomkins Jr with Airrion Love also having a starring role on the first one.
I was pretty convinced that I had featured them before but apparantly not. You Make Me Feel Brand New has however featured in a reggae cover by Inner Circle from the Trojan Lovers Box Set
The Stylistics - You Make Me Feel Brand New
The Stylistics - I'm Stone in Love With You
Posted by Charity Chic at 08:00