50 Americana Albums You Should Hear Before You Die - Summerteeth 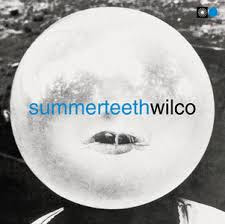 Today was originally going to feature Heartbreaker the debut album by Ryan Adams. However, having wrestled with my moral dilemma outlined in the Whiskeytown contribution to this series I felt that I could not justify it's inclusion.

So Wilco come off the substitute's bench although quite what they were doing there in the first place I have absolutely no idea.

Forget George's Second in Better that First series. In Wilco's case Third (Summerteeth) is better (marginally) than second (Being There) which is better than first (A.M.)

There are some deluded souls out there who feel that their fourth Yankee Hotel Foxtrot is their best but they are clearly wrong there.

There was something on Twitter  a few days ago asking folk to rate their top three Wilco albums. I went for 1 -Summerteeth 2- Being There and 3 - Yankee Hotel Foxtrot . These three certainly featured a lot more than their others in the replies. After Jay Bennett left they were never the same.

The ashtray says you've been up all night

Around this time my pal Gogs was briefly staying with me for a few weeks and I have memories of this blasting out as I returned from work to find him watching the snooker.

There are worse records to watch snooker to.

Wilco - A Shot in the Arm