Second Is Better Than First. Part 8 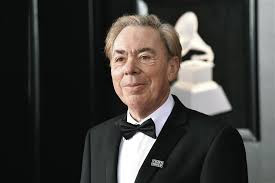 And another “damn, that was the third not second album” moment happened today when I discovered “The Likes Of Us”. This meant I was unable to write about “Jesus Christ Superstar”. But it also spared me listening to“Joseph And The Amazing Technicolour Dreamcoat”. Yes, dear reader, I listen to every album featured here in its entirety. Instead, there will be music from a genre that I do not think has featured on these pages before, heavy metal. There was a comment the other week about the picture I had posted at  the top almost putting them off further exploration of the article. I’m wondering if today’s picture will put anyone off (their breakfast, maybe?)


Anyway, for today, never fear dear readers, it’s not Rush, AC/DC or Judas Priest. I do have to like the album that I claim is the better one. No, it’s Birmingham’s finest. Not ELO, not Wizard, but possibly the band who invented the genre that is heavy metal.


I was a bit late to this lot, not buying any of their albums until ca. 2008, and there are three on the shelves. My first purchase was their first album, the second purchase the second, and the third was their third.


The first album was recorded in one day, over a 16 hour period according to the digitally-challenged  (and former member of Jethro Tull)  Tony Iommi. Some of the tracks are obvious HM tracks, but there’s also a bluesy-hard rock feel to some, like this one:
Black Sabbath - The Wizard


“Black Sabbath” is not an outstanding album, but a damned fine one, and I play it more often than the follow-up, despite “Paranoid” being a better album. Which doesn’t make sense (and as we know, as Judge Judy says, “if it doesn’t make sense it’s not true” but this is an exception). It’s not the best produced album you’ll hear, the lead vocal is a bit thin and reedy and not as powerful as Plant or Gillan. But if the songs are strong enough, and  the playing good enough, you get a decent album. 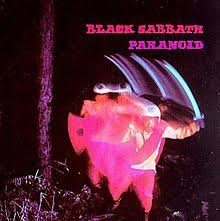 The second album is a great heavy metal album. Impossible to play quietly, and I had it blasting from “War Pigs” on, in the belief that next door was unoccupied. This turned out to be wrong. No complaints, though, and no GNR pounding on the door.
Black Sabbath - Electric funeral

“Paranoid”, the quintessential heavy metal album, and another example of Second Is Better Than First.
Thank you kindly

CC writes
Heavy bloody metal. George what are you trying to do to me and more importantly the readers?