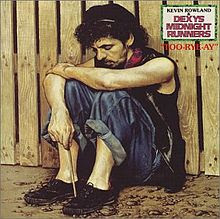 I was quite surprised to find that Dexys Midnight Runners have only ever graced these pages once before with a couple of tracks from their brilliant debut album Searching For The Young Soul Rebels.

I've dug out the follow up album Too-Rye - Ay from 1982  for you today. A reasonable album but not in the same league as its predecessor and one which hasn't really stood the tests of time. It did however contain  a couple of good pop songs though including the ubiquitous Come On Eileen.
It is now an album that I can never look at in the same light again after obtaining Apples & Oranges by the Blue Ox Babes and discovering that Kevin Rowland has effectively pinched the Celtic Soul sound from Kevin Archer and poached Helen O'Hara into the bargain. 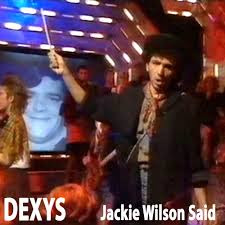 Jackie Wilson Said (I'm in Heaven When You Smile)
Posted by Charity Chic at 08:00