Second Is Better Than First. Part 6. 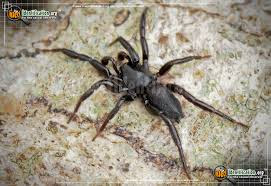 
After playing today’s better-album-than-the-debut to death I suppose like many others who heard it for the first time, I went looking for the predecessor. And in those pre-internet days we either scoured record shops or ordered it from our local one. I can’t remember how I acquired it, but I was eagerly anticipating putting it on the turntable. I wasn’t sure how it could live up to the follow up, but was hoping it was more of the same. Christ almighty was I wrong, it’s absolutely pants. I’ve played it twice, and that second time was when I was writing this. Looks like I was wrong. Not for the first time. It’s not as dreadful as I thought. Side Beemis of Tweez is certainly a musical pointer to Spiderland  but there is no standout track. I’ve also noticed that taking out the record from its sleeve has also released a rather peculiar smell into my music room.  On side Gerber the track Darlene would not be out of the place on the follow-up:
Slint - Darlene

I can easily live without hearing the remaining tracks on that side. So on reflection, Tweez is not one for the “what the hell was I thinking of???” pile (the Turin Brakes and Thomas Dolby),  it was no punt on a band or singer I’d never heard before or only heard one song or read a review. Nope, it was what I assumed would be a safe bet but left me underwhelmed. 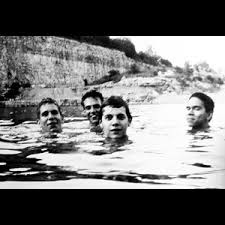 Of course Spiderland is a fantastic record. 40 minutes of broody threatening vocal, of broody threatening music, of jaggedy guitar sounds, of the occasional explosion into a cacophony of guitars and shouting. Six lengthy-but-too-much tracks, and with the track 3 side 2 they saved the best ‘til last. A better song you will not hear today (although you’ll have to dig out your own copy, you’re not getting it here). What is not to like?
Slint - Breadcrumb trail

And that was it. No more from Slint, which was probably for the best. We can think of Tweez as a try-out, and Spiderland as the magnus opus, and anything after would not be able to live up to that album, or a radical change in musical direction would be required.
Slint - Nosferatu man

That track to be blasted out at “call-the-police” volumes.

So there we have it. It would take an exceptionally contrary individual to disagree with Spiderland being maybe the prime example of Second Is Better Than First.