Second is better than first. Part 5. 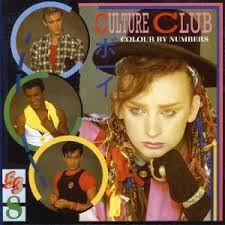 George writes:
When (if?) this is published I will be fast-approaching the half-way mark of my 58th year on the planet. An indication of my maturity and wisdom can be seen in, for example, my rejection of two albums I had briefly considered for this series. Both are pop albums from the early 1980s, and the second one contains an absolutely fabulous, vital, pop song. But it would be beyond thrawn to consider the relative merits of Kissing To Be Clever and Colour By Numbers, both albums are really pretty poor fare, and both contain more than a smattering of embarrassingly bad songs. With one notable exception (Church Of The Poison Mind, which was and still is a totally toptastic pop song).

(Today’s nonsense was mostly written before June 27th 2020. Why do I say that? Because on that day on this very blog, CC wrote an appreciation of a debut album. Quite rightly he praised the album as a must have. I just happen to think the follow-up is better.)

There’ll be no grumblings from Charity Chic himself regarding the albums featured, although he might disagree with my conclusion. It would be nice to write that today’s artiste BURST onto the British music scene courtesy of John Peel and a terrific first album, and subsequently released a string of big-selling albums that graced the  UK album charts. Nice but incorrect. Rather, Ms Cantrell was championed by Peel, and gathered a small band of fervent admirers, released two great albums, made a few more, and now seems to have stopped making records. 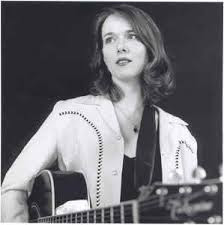 The debut Not The Tremblin’ Kind is a great, and simple, country album. It does not have a bad track on it. It’s an album like all great country albums, filled with songs of sadness, of woe, simple sing-along choruses, and well-played harmonious tunes. One of my favourite albums (and I suspect of CC). So here’s one of those plaintive sad songs delivered in Ms Cantrell’s rather delicate and at times slightly off key yet beguiling voice:
Laura Cantrell - Do you ever think of me?

Hear that? Simple, and a great song. 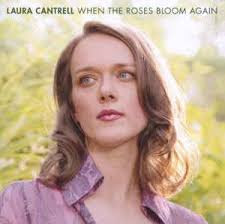 So it was with some trepidation that I opened the casing of the second album. Would it slightly disappoint (as did Hillbilly Deluxe)? Would it pale almost into insignificance and never get played (Dragnet)? Of course the answer is a resounding NO, When The Roses Bloom Again somehow surpassed its predecessor. And is one of my favourite albums. The same musicians play again (with the exception of the drummer), it’s produced by the same person. Like the debut album this one features songs written by Ms Cantrell and some covers. It’s really more of the same. But better.
Laura Cantrell - Don't break the heart

That is a cover of a “Mrs Wreckless Eric” (as Amy Rigby is never referred to) tune, which somehow escaped me until Mr. 27Leggies put me right. It’s faithful to the original, no great re-working done (or required), but it’s better. My neighbours tell me how much they enjoy hearing my voice “singing” along to the chorus (“que barrulho! Um som horrível!”)

And here’s a song with lyrics by Joe Cobb, music by Wilco
Laura Cantrell - When the roses bloom again

Billy Bragg and Wilco do the song, on vol 3 of Mermaid Avenue


Fine version, just not (nearly) as good as Ms Cantrell’s version. Ricky
Skaggs and Bary Gibb have done this song (different music, same lyric).
You can look that one out for yourselves.


So there we have it, When The Roses Bloom Again better than Not The
Trembling Kind.

CC writes:
As you can see from the link it was a close call as to which Laura Cantrell
album would feature in my 50 Americana albums.
When the Roses Bloom Again certainly would have been worthy of a feature.
I've never heard Mermaid Avenue 3.
Colour By Numbers is a better album than Kissing to be Clever