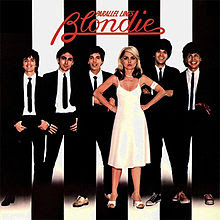 Parallel Lines by Blondie turned 40 while we were on holiday. Coincidentally it was one of the records we took with us along with the portable turntable.

An iconic album with an iconic cover from an iconic band. By 2008 it had sold over 20 million copies. You can add on a few more since then.

Therefore an album I suspect that everyone reading this is familiar with. At the very least you will be familiar with the 6 of the 12 tracks which were hit singles.
Here are two of those which were never released as singles. An album I would argue that has stood the tests of time and still sounds good today.

Blondie -Fade Away and Radiate