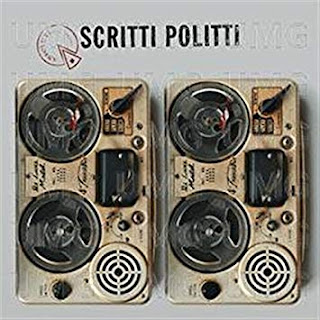 Our good friend Brian over at Linear Tracking Lives! freely admits that he only plays Scritti Politti when Mrs LTL is away.
In previous conversations I have stated that there is no Scritti on the CCM shelves. This has changed after discovering a best of, Absolute, on the shelves of a Fort William charity shop. I will admit to thinking of both of you when I bought it!

I haven't got further than the first three or four tracks yet which include the two below which were their only top 10 entries in the UK charts - number 10 in 1984 and number 6 in 1985 respectively.

A band that epitonises the synth-pop genre. I shall restrict my comments at this stage to it is of it's time given that I have yet to listen to it in it's entirety.
Not quite sure which camp I'll end up in!