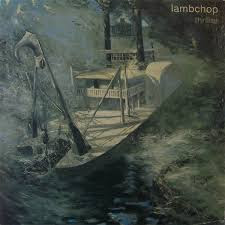 No not that one . This one.
Thriller is also the third album from 1997 by Lambchop. Named after the Michael Jackson bestseller by Kurt Wagner  as a response to the poor sales of their first two albums.
It joins Nixon and Is a Woman on the Americana shelves and yet I'm still not 100% sure whether I like  Lambchop.

Three albums by a band you're not sure about? Well in my defence the combined cost of all 3 was less than the cost of a half pint.
I'm going to persevere in the expectation that I will eventually get it. After all they are Superstars in France

I seem to have got over my mental block of typing Lampchop.

Lambchop - Superstar in France
Posted by Charity Chic at 08:00