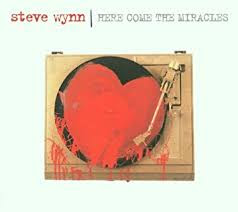 Drew has been banging on a bit recently about The Dream Syndicate including posting an excellent version of John Coltrane Stereo Blues.
The only thing of theirs that I currently have is their equally excellent cover of Dylan's Blind Willie McTell. This is something I quite clearly need to rectify as a matter of urgency.

I do however have some stuff from Steve Wynn, both solo and with the Miracle 3.
I was blissfully unaware that the band had reformed and that Steve was back in his rightful position.
I was also pleased to note that guitarist Jason Victor was part of the fold as his guitar work was incendiary on the couple of times I saw the Miracle 3 play in Austin and Edinburgh.