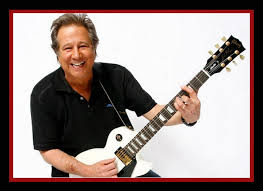 My second charity shop purchase bought on Record Shop Day is sadly nowhere in the same league as the Iron and Wine album which I featured on Monday.

It is an Uncut compilation Born to Run 2003 Volume 2 and as the name suggests it is an album of covers of songs by Bruce Springsteen.
I've had Volume 1 since it was released and it featured a couple of times in my Springsteen Covered Series in the first few months of 2017.
I was curious to see if there were any songs on Volume 2 which came anywhere near to challenging the Boss and 50p seemed  a reasonable amount to pay to satisfy my curiosity.
A resounding no is the answer. They are all pretty poor with maybe one exception. The cover of Thunder Road by Greg Kihn an artist that I had never heard of is actually not bad. Nowhere near as good as the original obviously but streets ahead of the Badly Drawn Boy version from Volume 1,

As I said the rest are poor and I was struggling for a second song to post. So here is a previously unreleased cover of Mansion on the Hill for all you Billy Bragg completists out there.

Billy Bragg & the Blokes -Mansion on the Hill
Posted by Charity Chic at 08:00