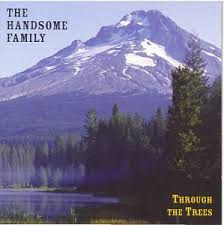 I read somewhere recently that a deluxe 20th Anniversary version of Through the Trees by The Handsome Family is shortly to be released.
20 year anniversary versions of American albums? Who would have thunk it? God, that makes me feel old

The Handsome Family are one of these American bands who are at least as popular, if not more so on this side of the Pond..
They are constantly visiting these shores and have a tour coming up in March
If you haven't seen them it is one to tick off your bucket list. I've seen them a couple of times and they don't disappoint. The music may be dark but Brett and Renee's patter is always highly entertaining