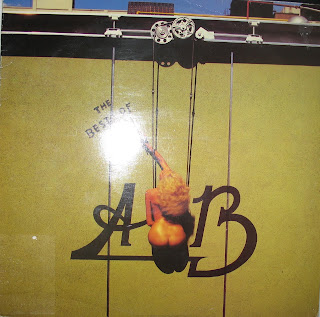 One of the joys of frequenting charity shops is watching lovely old ladies trying to come to terms with computerised tills.
What do I do with Gift Aid? Do records come under media?  I think I've pressed the wrong button.

The two ladies in the Red Cross shop in Lochgilphead were enjoying some banter with an elderly gentleman and the glitches with the till took a while to resolve.
I them handed over the two CD's featured earlier in the week and two LPs.
The first was the Soundtrack to Local Hero a particular favourite of Mrs CC .One of the ladies rang it up on the till and then came to the album above which had been hidden underneath it.
"Oh my goodness" she said to her friend before quickly turning it over then muttering "Oh it's the same on both sides"
A cover you probably wouldn't get away with today and my apologies to my new found  friends although it did give them something to talk about!

Average White Band - You Got It