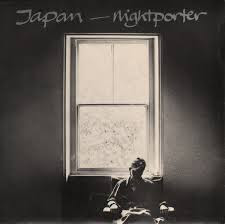 Japan were a band that I always thought were ok but not  one that I ever got round to purchasing anything by.They and their fans were maybe a wee bit to arty for me.
Not so Mrs CC who is the owner of their 1982 single Nightporter.
Not as well known as their bigger hits Ghosts and I Second That Emotion  it was in the singles charts for 9 weeks but only reached  as high as number 29.
It originally appeared as a track on on the 1980 album Gentlemen Take Polaroids with the single being a remixed and edited version.

Japan - Ain't That Peculiar
Posted by Charity Chic at 08:00