The Saints Are Coming 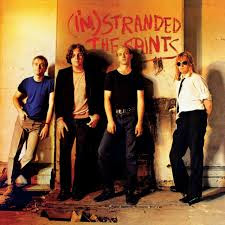 Some Antipodean punk rock to round off your week? Right you are.
Released in February 1977 (I'm) Stranded by Brisbane band The Saints is probably the best known punk album to emerge from the Southern Hemisphere.
The single of the same name  from September 1976 was declared by Sounds to be Single of the week and every week so it is only fair that it is featured below.
Named as one of the top 30 Australian songs of all time with the album being listed as the 20th greatest Australian album.
Don't you just love such lists? Perfect for starting many a pub argument.

They are still on the go but lead singer and also later guitarist Chris Bailey remains the only ever present having had 36 fellow band members over the years. Australia's answer to Mark E. Smith perhaps?