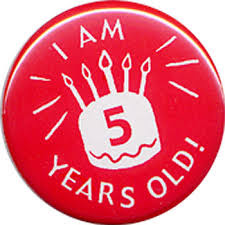 Would you believe it - Charity Chic Music is five years old today
Unlike last year I've actually remembered to mark the anniversary on the actual date.

If anyone has read any of the previous anniversary posts you will have had to put up with me gushing about how great a stress buster the blog is, how it has made me listen to old records again and buy new ones, how I have met many new virtual friends and even some in the flesh (or thankfully fully clothed) and how grateful I am to Mrs CC for all her support.

No point in my writing any of that then given you have heard it  all before.
Rather let's concentrate on the music. Five songs today for you with a five theme. And yes I have been eagerly waiting for the last five years to post the first one!

The Jam - Just Who is the 5 o'clock Hero


Johnny's back tomorrow
Posted by Charity Chic at 09:00