A Brace of Barbaras 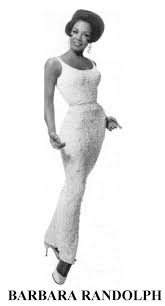 The second Motown compilation recently acquired in my local charity shop is Tamla Motown: Big Hits & Hard to Find Classics Vol 4.
Fantastic stuff. Maybe not quite as good as Connoisseurs but then again that compilation sets the bar pretty high.
Again I could have posted any of the 20 songs as they are all equally good but I have decided to go for a brace of Barbaras
Barbara Randolph have a brief stint with the Platters prior to joining Motown where she released two singles on the subsidiary Soul Records label. This is the first one I Got a Feeling which was also an album track on the Four Tops On Top album.

The second  Barbara, McNair was known primarily as an actress and cabaret  singer (she was Sidney Poitier's wife in They Call Me Mr Tibbs!)
She recorded two albums with Motown with her unreleased Baby A Go Go being a huge hit on the UK Northern Soul scene

Barbara Randolph - I Got a Feeling