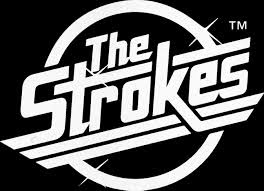 The Strokes were one of those bands who emerged surfing a sea of hype.
In 2001 in the run up to their debut album Is This It they were all over the mainstream press and media as well as the music press
It was met with 4 or 5 star reviews and entered the charts at number 2. Unbelievably in 2009 NME ranked it as best record of the 2000's.
I had a burn of it on the shelves and recently spent 50p to upgrade it.I think I probably enjoyed it much more at the time than I do now.
Maybe an age thing or perhaps like similar hyped bands The Fratellis and Razorlight their music does not appear to have lasted the tests of time.
Still it was probably worth the 50p for Last Nite if nothing else.