There are Few Betta than Etta 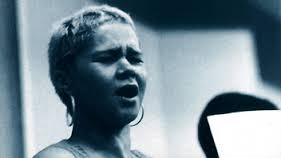 I had Her Best by Etta James looked out to feature in my Sunday Soul series
However her blistering live rendition of Jimmy Reed's Baby,What You Want Me to Do is Blues personified so hence it's appearance on a  Thursday. Recorded live in the New Era Club, Nashville in September 1963.
Her 1962 version of Tony Clarke and Billy Davies' Pushover would certainly have graced Soul Sunday.
Another example of her astonishing versatility.

I have two Best ofs by Etta as this one from The Chess Legendary Masters Series which I bought first does not contain what I consider to be her greatest song, the previously featured  and utterly fabulous Almost Persuaded.


Etta James - Baby, What Do You Want Me To Do