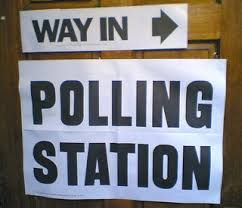 I must admit that following on from the Referendum and the General Election I am finding it hard to build up any enthusiasm for today's elections to the Scottish Parliament.
The SNP are home and hosed with the only debate being whether they will win another absolute majority. Labour remain a busted flush but perhaps the Greens and Rise will do ok in the list voting


Use your vote wisely

Billy Bragg - From Red to Blue

Billy Bragg and the Blokes - Take Down The Union Jack
Posted by Charity Chic at 08:00