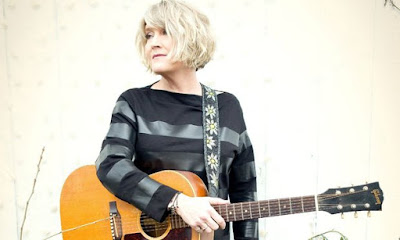 Kim Richey is one of those artists who if the world was a fairer place would have enjoyed more success and recognition than has unfortunately been the case.
As well as writing hit songs for the likes of the Dixie Chicks, Tricia Yearwood, Patty Loveless and Mindy McCready she has released seven albums in her own right over the last twenty years, eight if you count The Collection on Lost Highway Records from 2004.
I bought this on e-bay a few years ago for next to nothing and it contains 15 fine songs that often straddle the thin line between pop and country.
Despite the names listed above I consider her music to be of the alternative country variety.
This  is particularly the case on the two tracks featured below which are both from her 2002 album Rise also on Lost Highway
The Collection is a good place to start but Rise also requires further exploration

Kim Richey -Girl in a Car

Kim Richey - No Judges
Posted by Charity Chic at 08:00